(CNN) For years now, people like environmentalist and journalist Bill McKibben have been screaming from the treetops that we need a World War II-scale mobilization to fight the scourge of climate change.

They’re right, of course. And on Earth Day — that 24-hour sliver of the calendar when we talk about the fact that humans exist on, and because of, a living planet — it’s clear not only that we are losing this war but that we still are failing to recognize it’s taking place at all.

I mean, yes, I’ve met Greta Thunberg, the Swedish teen who is “schooling world leaders” on climate policy and who started a global school walkout movement. I’ve read the Green New Deal and seen the videos of young people demanding that US reps adopt it. Just this month, protesters in London shut down parts of the city in their calls for a reckoning. It’s true that clean energy sources keep getting cheaper. Electric cars are more popular than ever.

But the scale of the outrage in no way matches the magnitude of this disaster, which, like WWII, threatens to cripple or even obliterate human life on the planet as we know it. 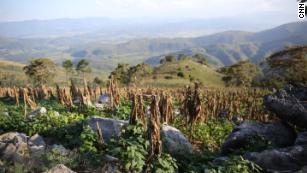 We’ve known the truth about climate change — that people are burning fossil fuels and warming the atmosphere, with potentially catastrophic consequences — for decades now. James Hansen testified about the dangers of global warming when he was an NASA scientist in 1988. The New York Times headline: “Global Warming Has Begun, Expert Tells Senate.”

Since then, the eco-woke among us have created more than enough deadlines to try to force change. In 1990, as George Marshall wrote in his book “Don’t Even Think About It,” the magazine Ecologist published a book called “5,000 Days to Save the Planet.” About 5,000 days later, the Institute for Public Policy Research declared that there were “Ten Years to Save the Planet.” In 2008, he wrote, the New Economics Foundation said it was “100 Months to Save the World.”

As a journalist who’s been covering climate for years, I’ve been part of that deadline trend. In the leadup to the Paris climate talks in 2015, I wrote that there were “100 days to save the world.”

The deadlines aren’t the problem. It’s our failure to heed them.

The situation gets only more dire with years of inaction.

Last year, the world’s climate science experts — the Intergovernmental Panel on Climate Change — released a report issuing some deadlines based on the harsh realities of science and math. They said global carbon pollution must be cut in half by 2030 and reduced to net zero by 2050 to avoid the worst consequences of climate change, which include drowned coastal cities, worsening storms and the virtual end of coral reefs. 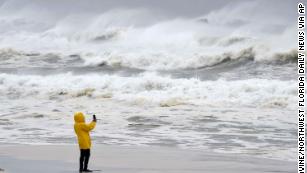 Related article: How to talk about hurricanes now

There is a global push to try to meet those goals. That takes the form of the Paris Agreement on Climate Change, which urges countries to cut emissions but fails to issue sanctions. The United States, which has done more to cause global warming historically than any other nation, has promised under the Trump administration to withdraw from the Paris Agreement.

How far along are we on those pollution-reduction goals?

Global emissions from fossil fuels rose in 2018 — to an estimated 37 gigatons.

Remember, carbon pollution needs to be cut in half in just 11 years. And to net zero by mid-century. That requires a near-total overhaul of the global economy — a rapid transition to cleaner fuels like wind, solar and, probably, nuclear. It seems increasingly likely that some sci-fi technologies, like aerosols that would reflect heat back to into space, may be needed.

Project Drawdown and others have identified and ranked the solutions that work. But to date, there have not been enough carbon taxes or other incentives to scale those ideas globally.

Part of the issue is a failure to recognize the magnitude of the problem — or, as others have written, a failure to care about the massive debts we are pushing onto future generations.

Researchers like Anthony Leiserowitz, director of the Yale Program on Climate Change Communication, have argued that people are finally waking up to the climate crisis, particularly in the face of the Trump administration, which has denied the science and enlivened activists, and in light of the apocalyptic-seeming severe weather that has hit parts of the globe.

A poll from that Yale group showed in 2018 that 59% of Americans were “alarmed” or “concerned” about global warming, which is up compared with the previous five years.

Those concerns don’t necessarily translate into political action, though.

A 2018 report from Gallup found that climate change ranked as only the 11th most important issue for American voters — behind health care, the economy, immigration, the treatment of women in US society, gun policy, taxes, foreign affairs, income and wealth distribution, Brett Kavanaugh’s confirmation to the Supreme Court and US trade and tariff policies.

Think about that in terms of the World War II analogy,
Imagine the American public ranking WWII as No. 11 after the bombing of Pearl Harbor.
Perhaps you think we haven’t seen the global warming version of Pearl Harbor yet. But we have seen it.
Remember the European heat wave of 2003? An estimated 70,000 people died, according to a study published in the journal Comptes Rendus Biologies. 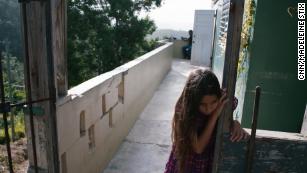 Related article:‘The Maria Generation’: Young people are dying and suffering on an island with a highly uncertain future

After that disaster, scientists for the first time used “climate attribution” techniques to show that human-induced warming very likely doubled the risk of that event. It’s now possible to see human fingerprints on these catastrophes. Hurricane Harvey in Texas; the 2016 floods in Baton Rouge; Hurricane Maria in Puerto Rico, which killed an estimated 2,975 people, according to an analysis by George Washington University. Each was linked to — or was shown to have been made worse by — global warming.

Not every weather-related disaster is “caused” by climate change, of course.

But the world is 1 degree Celsius warmer since the Industrial Revolution because of pollution humans are pumping into the atmosphere. And this is a game of probability. As Kerry Emanuel, an MIT climate scientist, is fond of saying: Weather forms in that climate-changed world. Hurricanes intensify more rapidly; wildfires grow larger and more threatening; rainfall is more intense. Coral reefs struggle to survive. There are no truly “natural” disasters now.

The war may remain invisible to many, even on Earth Day.

But we are well into the middle of it. And we are not winning.